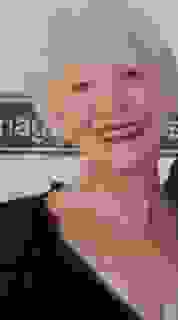 
Beverly's comedy screenplay Rent Money earned the Golden Palm Award for Best Screenplay at the 2012 Beverly Hills International Film Festival. Rent Money is about an independent virgin bookkeeper working in the Radio and TV Barter business in Manhattan in 1965 who is focused on two goals. 1. remain independent and pay her own rent. 2. experience womanhood with a handsome neighbor. Stymied by society's changing rules during the sexual revolution, with courage and dignity, she reaches at least one of her goals successfully.


Her other screenplays, a mix of family dramas, dramas and thrillers are all screenplay and log line contest placed. Her heroic characters understand that success isn't always measured by what one becomes but often by what one overcomes. Her first screenplay Concrete Wings inspired her novel Concrete Wings about Julian, a naive teen sent out of Cuba on the eve of the Bay of Pigs Invasion to retrieve smuggled family jewels. Coming of age in New York at the height of the sexual revolution, he earns his political and economic freedom. By a twist of fate, he begins to lose his liberty when his oppressive parents arrive and refuse to assimilate into American Society.


Her novel, Soaring in Silence, inspired by Unprotected Witness, a screenplay co-written with Jack Knight is about a young recently handicapped married woman who by her own resourcefulness and the wonders of the Internet overcomes her struggle against the relentless sexual advances of a dangerous retiree with a buried criminal past.


Her book, Women, Work and Triumph is a compilation of interviews with 26 fascinating women in 26 careers from A - Z with 1 goal; Acceptance and Respect.


Beverly resides in the southeast with her husband, Armand whose experiences inspired Concrete Wings.